The television industry began in earnest in the late forties, and for an enterprising young Tony Kurpiewski and his wife, Marguerite, an opportunity was taking shape. "Back then, televisions were just beginning to become available to the public. But they were so expensive that the average person couldn't afford them yet," said Tony. "I felt there was a market in coin-operated black and white TV sets used as rentals in hotels." So Tony bet the farm on his hunch, quit his job of several years and purchased a truckload of coin-operated televisions. A few days later, Tony had rented the entire truck of televisions and Commercial TV was born. Tony started Commercial TV from his garage but with business booming, he quickly moved into a shopping center. "After we moved we were able to service our customers better than before and we saw an opportunity in the retail business," Tony said. "We started selling televisions to the public in about 1955. Shortly after that, so many customers were asking why we weren't selling appliances along with their TV's." That's when Commercial TV became known as Commercial TV and Appliance.


It stayed as Commercial TV and Appliance for the next 36 years, even as home furnishings became a bigger, more significant part of the business. The businesses reputation for carrying quality merchandise at reasonable prices provided the foundation for sustained growth over the next 55 years. 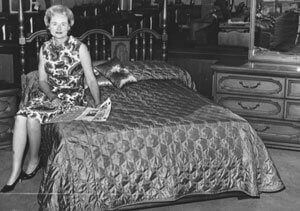 The business was remodeled in 1991 to 48,000 square feet and the name was modified once again to reflect the amount of furniture the store carried. The store became "Commercial Home Furnishings. The business underwent another name transition in the mid 90's. In order to appeal to all the new people moving into town, and still retain the existing clientele, Tony and Marguerite's son, Larry Kurpiewski, who took over the day-to-day decision making in the early '80s, shortened the business name to the acronym of CHF Home Furnishings.


And what about the future of Chf Home Furnishings? According to Larry, "It's hard to say what future challenges are in store for little guys like us with all the mega, out of state competition in town and a struggling marketplace. We're always changing to meet customer needs and expectations. We love the challenge. What won't change though, is the way we do business. Honesty and fairness is our credo. If we ever had to compromise on that, we'd close our doors first." The essence of Chf Home Furnishings is family. From the way the customers are treated to the loyalty of the employees, the spirit of the organization feels like home. "When people go to work for Chf Home Furnishings, they tend to stay, with very few exceptions" says Lyndon Johns, CEO and long time employee. 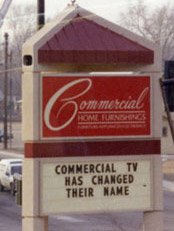 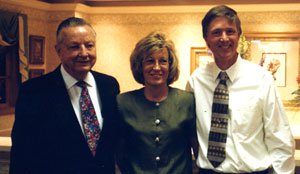 The Kurpiewski family has done things for their employees that I have personally never seen before from business owners. Ray Gray, who worked for the family for 30 years and retired in 1990 attributes the store's success on not only Tony's reputation for a good deal, but also the business's and employee's reputation for being honest and fair. "In the long run, that's the real reason for the success of the store. Being honest and fair with your customers and employees is much more important than a cheap price or a high salary. At Chf Home Furnishings, you always got both."